So this was it, we had one day left of our interrailing adventure and we were determined to make the most of it. After filling up on breakfast we had decided to take the hike up to the Citadella before it was too hot. It really is a hike up and we went at some serious speed. Luckily there were plenty of water taps on the way up. We reached the top a very sweaty mess, but then I would highly recommend this to anyone visiting Budapest as the views are truly unparalleled overlooking the Danube river and numerous bridges, even better than those from fisherman’s basion.

The Cittadella itself also has a fascinating history, and while it was closed off, you can walk around the outside and still learn the history from the plaques outside. 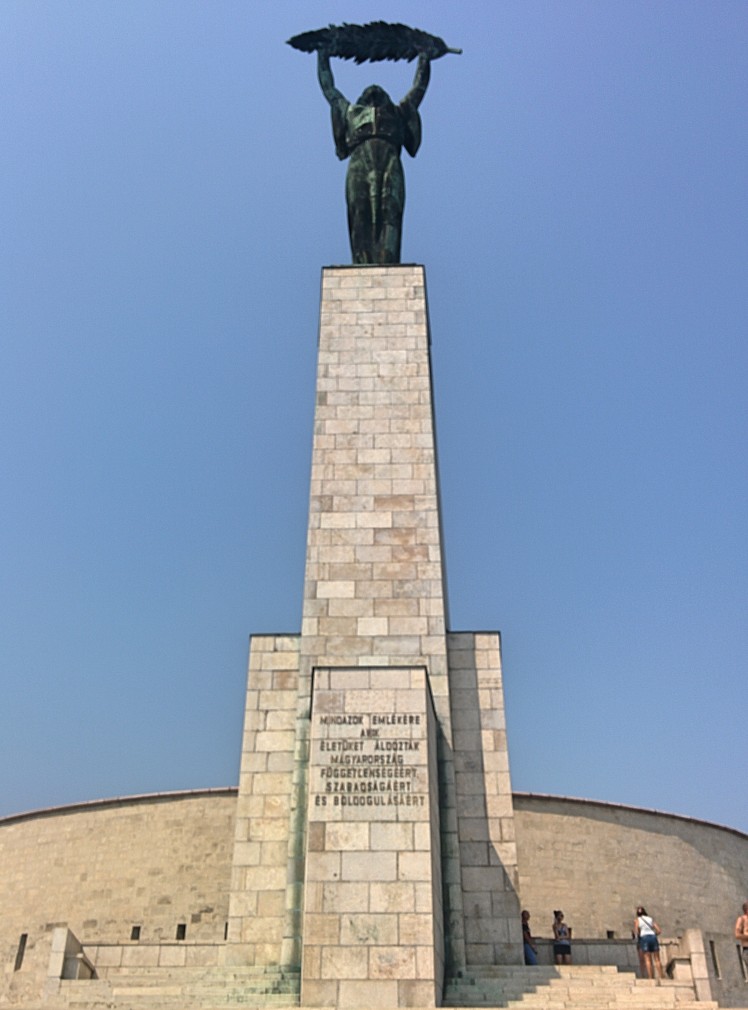 After our athletic morning decided to carry on and walk halfway across the city to visit Heroes Square, it really is a very long walk so I wouldn’t recommend doing them both on the same day unless you’re getting public transport. But as it was our last day and we had the time we stopped off at shops along the way to get some last-minute presents and of course ice cream.
Overall it took almost two hours, arriving at the square we used trusted google to tell us more about the history of the square. I have somehow already actually forgotten why it was built, but there is only so much history you take in over two and a half weeks. Regardless it is an impressive monument.

After making it halfway across the city, we decided to stay on this side of town and wander around the area for a bit. We managed to stumble our way into a massive park and the grounds of a palace, the palace was actually a museum, and we had a quick look in the entrance that was free and it seemed to be dedicated to the nature and wildlife of Hungary. Wanting to save the last of our money we decided to look around the beautiful park and found a place to relax, lie down and have a rest. 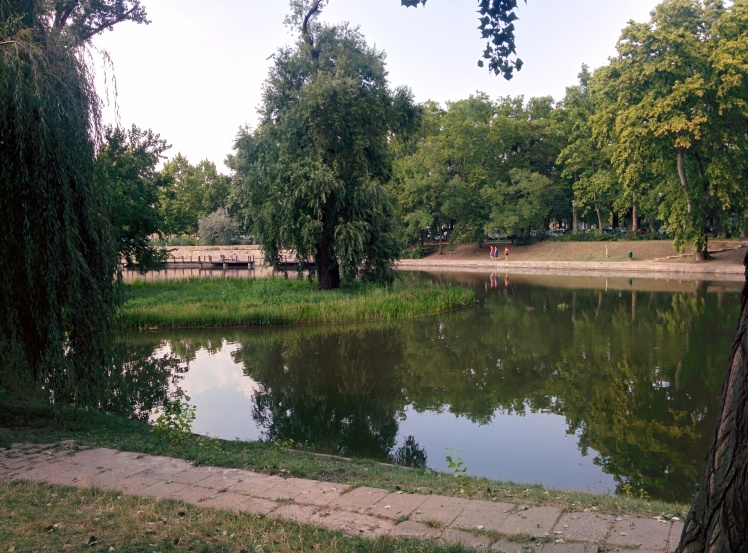 Travelling can be stressful especially when trying to fit so much into such little time it really feels like go go go, so one of my favourite things to do is just find a place wherever you are to just stop and watch the world go by.
We spent about an hour in the park just recovering from all our walking and planning out our last evening. Escape games are hugely popular in Budapest and have slowly been gaining popularity around the rest of the world as well. We thought it would be a fun way to end our trip, so did some research on which would be best to book. We tried it go with the number 1 recommended on Tripadvisor, but it was fully booked, so ended up with the 3rd most popular called TRAP. It was fairly central and promised that we didn’t need to speak Hungarian, so we were sold.
We were all a bit nervous none of us have done an escape game before and not looking forward to being locked in a random room for an hour. When we arrived our apprehension increased as from the outside, it didn’t look like much and was just a sign and a staircase underground. As we descended, there was a little Hungarian man at the bottom with reasonably good English who explained the basic rules of the game. The aim was to solve puzzles to unlock the door and make it through all three rooms before the hour was up.
We had picked a fairly difficult one that I think was either Egyptian or tomb themed and only had a 25% success rate. The guy was sceptical that three girls were going to complete it.
We entered the first room and realised what a strange experience this was going to be with the walls covered in numbers in fake blood, a piano, a plant and a cage.
I won’t give too much away in case anyone does the same room, but it involved a lot of logic and examining every possible thing to find the next clue. One of which involved turning off the lights and realising some numbers were written in glow in the dark paint. I think if the three of us hadn’t been together, we really would have struggled to get through it, we worked together and thank god as the second room required a lot of algebra. Finding ourselves very stuck looking for the final code with only a wardrobe, treasure chest and fake corpse, in an attempt to try everything Lucy frantically started to undress the corpse. This was the only time that the man intervened and gave us some direction. As amusing as it was watching lucy attempt to undress a corpse we were too keen to win the game.
The final part of the game involved using a phone torch to highlight a section of a map that told you to kneel in a specific part of the floor that had pressure pads that released the key. Easy right?
We made it out with one minute to go, the guy looked genuinely shocked, and we were incredibly proud of ourselves. I truly understand why there are so many escape rooms in Budapest and honestly if you haven’t tried one before I highly recommend the experience its excellent team bonding. If you have tried escape rooms before I really recommend trying one here, there is something about the quirky European style and detail put into the games alongside the fact it requires no language is very impressive and a unique experience.
We finished off our day by going for our last meal in Budapest to celebrate the end of our journey had our final drink together before we headed home to pack up our things for the last time.