If we thought that yesterdays hangover was bad today was another level so we decided to stay in bed and skip breakfast. Not wanting to waste the entire day we planned to visit the Van Gogh museum.

When we arrived, however, you had to queue for ages to just buy tickets for specific time slots so we decided to buy them for tomorrow instead. We switched our plans and headed off to the Ann Frank house.

Visiting Amsterdam as a child this was one of my most clear memories, so I was keen to return after re-reading her diary and learning more through my interrailing travels about and the impact that world war 2 had on other countries. As the museum is very small (well a house) the queue normally goes down the street so it’s worth wrapping up warm for the wait. We had to queue for about 40 minutes but they do provide wifi while your waiting. Having not yet eaten we’re hoping for some food close by to fix the last of the hangover, we couldn’t find any close by. If there is one place in the whole of Amsterdam you can’t throw up it’s the Ann Frank house.

It costs 9 euros and includes an audio tour, walking through the rooms, which are so much smaller than you would imagine, with the audio guide playing sections of the diary is deeply moving and such a personal insight into the atrocities that happened across Europe. If you only have time for one museum in Amsterdam make sure it’s this one.

After a very serious start to the day, we were now truly starving and ready for lunch. Food in Amsterdam is very expensive with the average price of lunch 13-18 euros, so we were very picky about where we ate and only went to places that really looked worth it. We found a nice Italian called Trattoria Caprese and had amazing pasta.

It’s very central and a good restaurant if you’re looking for a reasonably priced Italian. Steph, however, had been having a bit of a struggle for the last few days when trying to order a cut of tea. Everywhere she tried to order it for some reason, it would arrive in a glass with no milk and now handle so you couldn’t drink it without burning your hands. It was becoming very confusing. 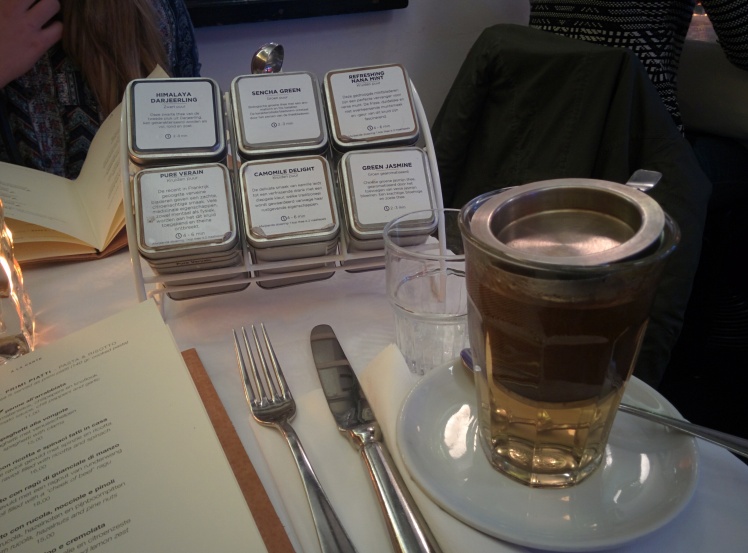 It was now pretty late in the afternoon, quickly the sex museum is open until late and it was next on our list of things to do.

The museum is only 5 euros, it was pretty bizarre and average. I would say the Prague sex museum was far better and had a more interesting collection of things. However, for a cheap activity, it’s not too bad.

We spent the rest of the evening wandering around the red light district and having drinks in a few of the bars.

Steph decided while we were in Amsterdam we should think about going to see a sex show. Not really having a clue what that entails (other than the obvious) we went to find out about prices. The bouncers we’re highly amused that two girls were interested, finding out it was 60 euros we put off so headed to another bar instead. Later on, in a spur of the moment decision, we decided to just go for it and headed back to the same place. Only to find out that the card machine was broken and we could only pay cash. Undeterred we then went on a search for an ATM which surprisingly wasn’t close. When we eventually found one this was also out of order so we decided to take it as a sign that we were never meant to go to a sex show and gave up.

In our attempts to find an ATM we had found ourselves in Amsterdam China Town and decided it was the perfect time to get some dinner. We were trying to work out which restaurants we’re still open when we saw a group of people eating in the window and went inside. What we didn’t realise was the people eating were actually the owners and all their family, keen to have customers they then stopped eating and took our orders. So essentially we ended up interrupting a Chinese family stopping them from having dinner while they cooked ours and as there were so little tables ended up basically joining them for dinner. One of the more odd meals of my life and we felt awful having interrupted them, but at least the food was great!

It was certainly a bizarre way to spend our last night in Amsterdam. Walking up the stairs to a room we hadn’t noticed before but painted on the wall were the words ‘Travelling is not about the destination, but the journey itself’ never have I thought that applies more than to a bizarre place like Amsterdam. 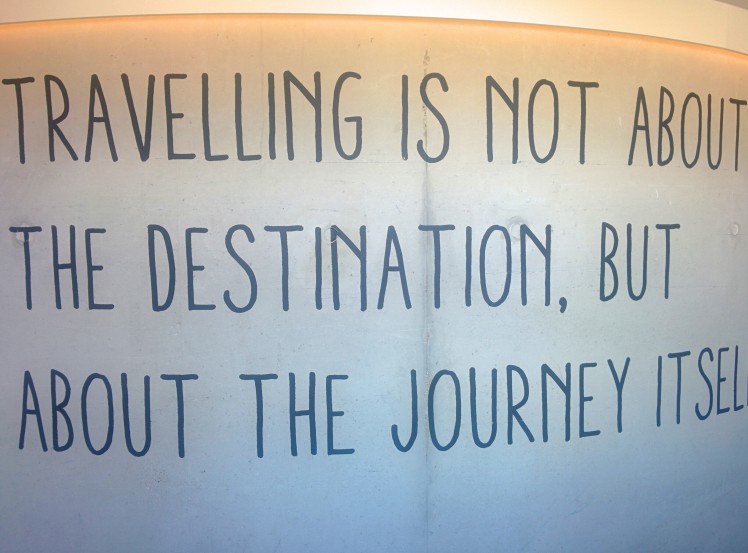