Deciding on a travel route across the US can be overwhelming. There are so many incredible cities, national parks and beach towns to chose from, so where do you begin? This can become particularly difficult to organise if you are still working at an American summer camp and trying to plan your future adventure, whilst all working different shifts. From this experience, I have pulled together my top tips for planning a route to make your lives a little easier.

1 – Figure out your time frame & budget

The first thing we did was figure out how long we wanted to travel for, which was around a month. We then had to figure out how much money we had to spend and if it was possible to live off this amount for a month. As we were travelling as a group and all had slightly different budgets, we based this around the lowest person budget.

2 -Decide a couple of must-visit locations

I was pretty open on where we went, but my friends were very keen on the west coast and wanted to visit Yosemite & San Francisco more than anywhere else. So we started to devise a plan to get us there that would also allow us to explore some of the east coasts with our larger group of friends first, then move onto the west coast. From this vague plan, we began to research into other places that we could potentially visit close to Yosemite & San Franciso.

3 – Book the most expensive things in advance

We wanted to remain as flexible as possible but needed to know we would definitely be able to catch our flight home!  So we booked flights, and a couple of long coach journeys we knew were likely to go up in price. It’s also useful to have your first couple of nights accommodation booked just to ensure you have a place to plan the next step from!

There are several transport options in the US everything from train, greyhound, Megabus, plane & hire car. We chose to do a mixture of these working out for each journey what would be the cheapest but also allowed us the most freedom. An excellent tip for getting from the east coast to the west coast is to fly into Vegas. I have no idea why but flights are often way cheaper this way, and we ended up saving money by doing this. There are quite a few very cheap Megabus routes as well. We managed to get from Sacramento to San Francisco for 6 dollars.

No matter how well you follow the above steps and plan, life will inevitably throw a spanner in the works! For me, it was a Brexit shaped spanner. Yes, it was back in the summer of 2016 when the world had a little mini-meltdown, and the UK decided to try and leave the EU. Overnight the exchange rates plummeted to the lowest in years. I was converting my money mostly as and when needed in chunks to help myself a budget. All the money I had set aside to travel with for a month effectively halved overnight. I had already committed to the 28 das and had several flights booked, so we had to figure out how to achieve this and quickly alter the plan. (Even if it sometimes meant having to decide which meal of the day was the most important to eat) I’ve written a post here dedicated to how we managed to achieve this, how to travel America on a shoestring.

There are so many different options for routes to take across the US. If you are looking for a west coast highlights route, I would highly recommend the one we took, detailed below. It felt like the perfect mix of big cities, wildlife and deserts. Although if I had slightly more time after LA,  I would have continued down to San Diego. 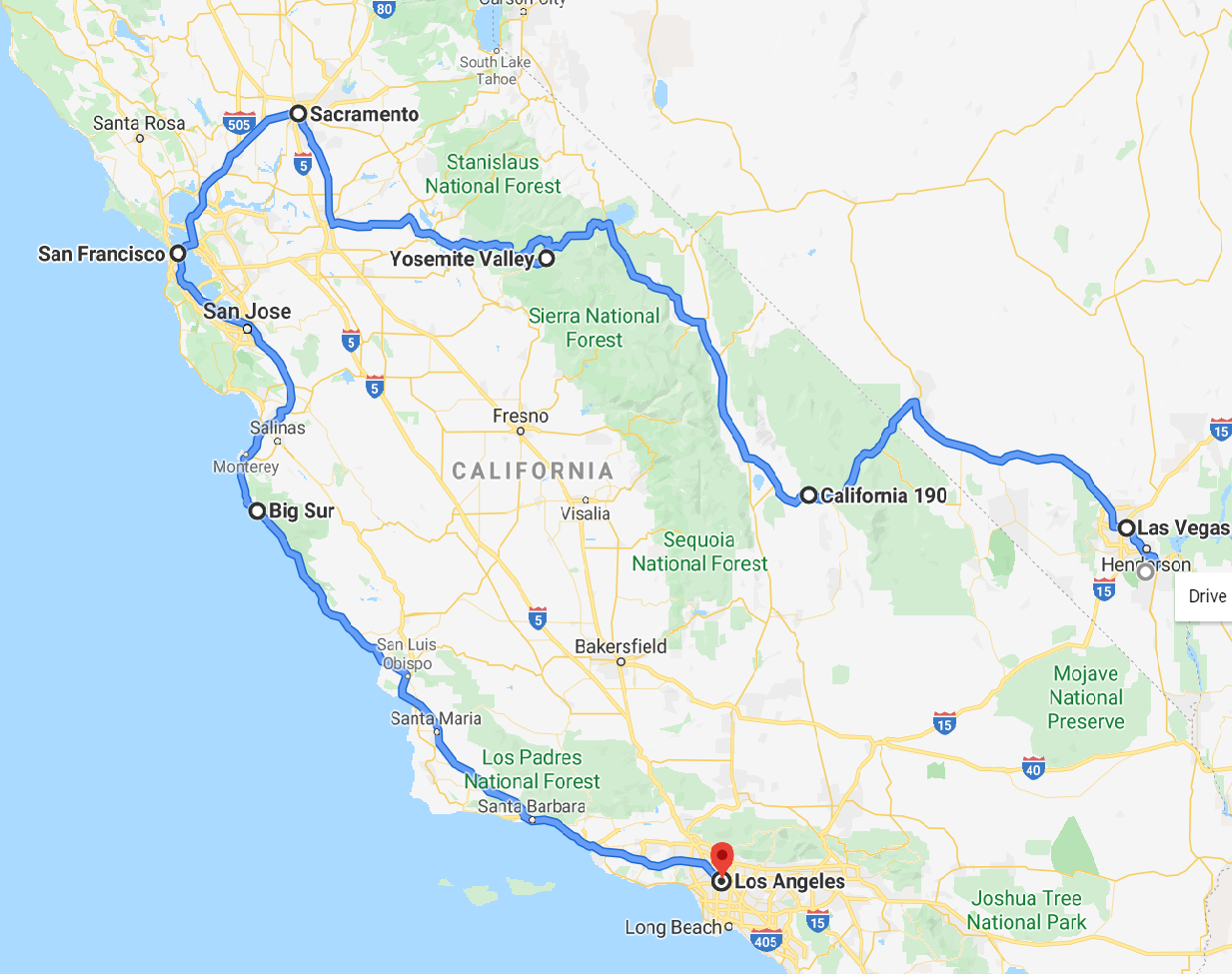 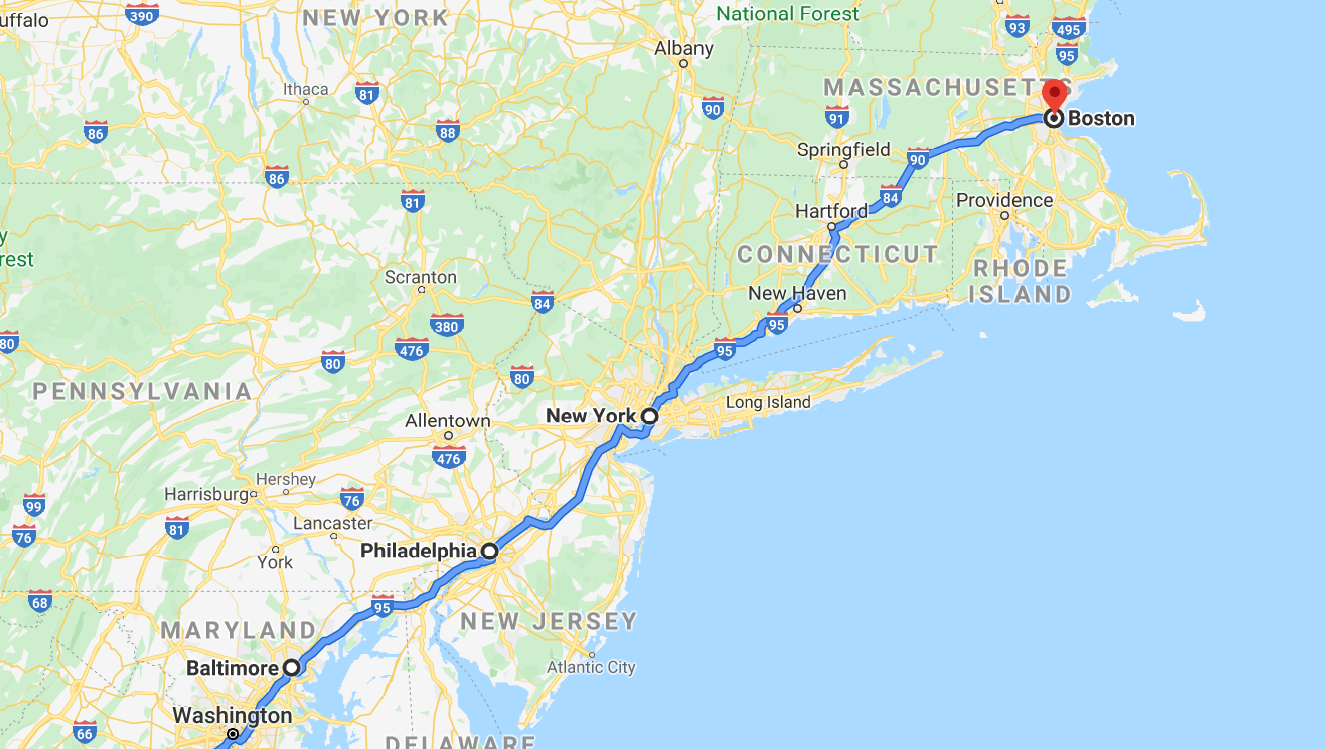 The famous route 66 going from Chicago to LA and everywhere in between.